Built around 1915, this house at 207 N. Apopka Avenue is most remembered for the McLeod Family who lived here from 1941-1998. Oscar Penn McLeod was born to a pioneer family near Perry, Florida. He was awarded a teaching certificate in 1918 and married Mayo Artie Reams at the Greenville Baptist Pastorium, Greenville, Florida, on September 8, 1918. He furthered his education through a correspondence course in "higher accounting", leading to a CPA degree. 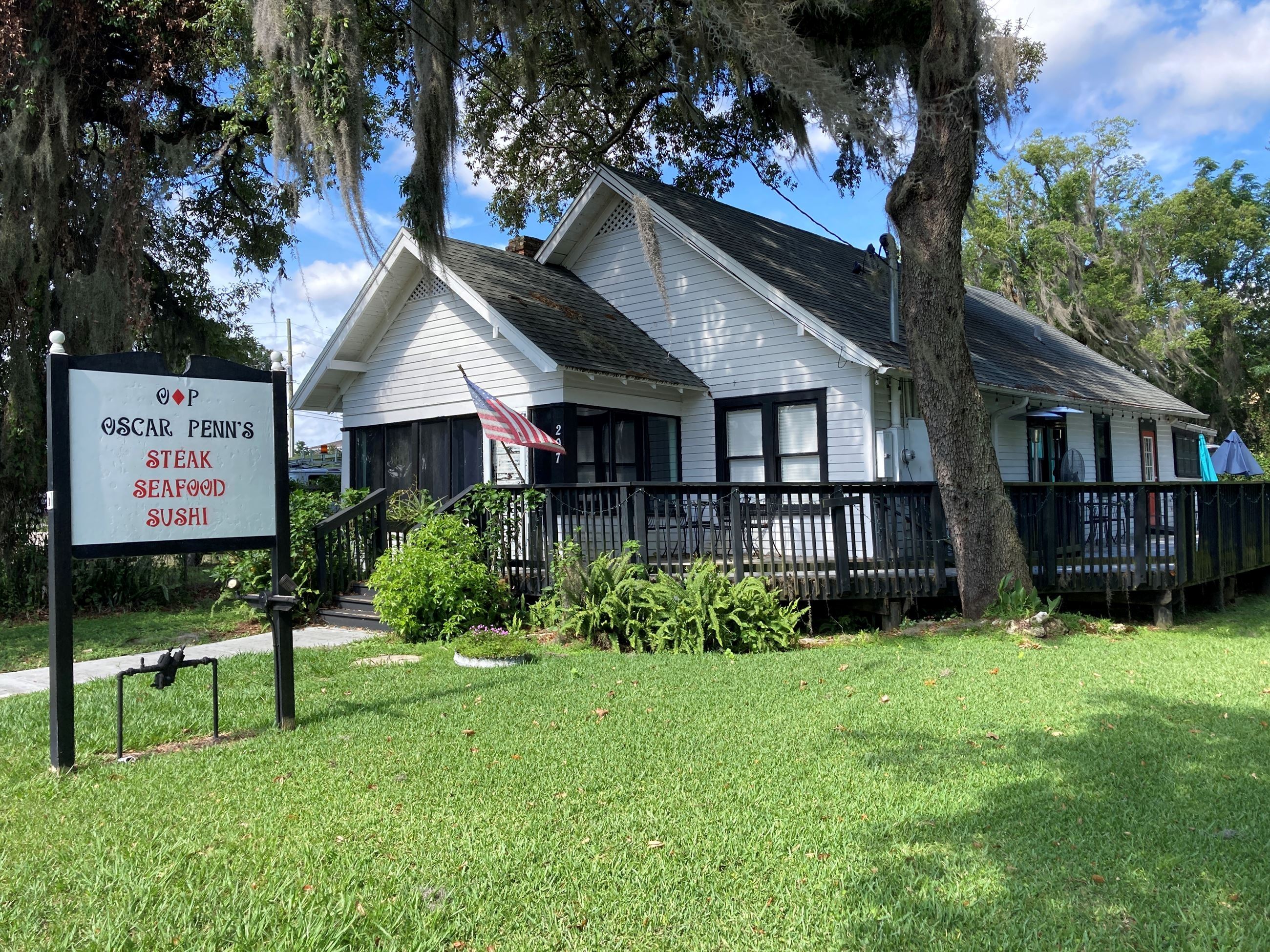 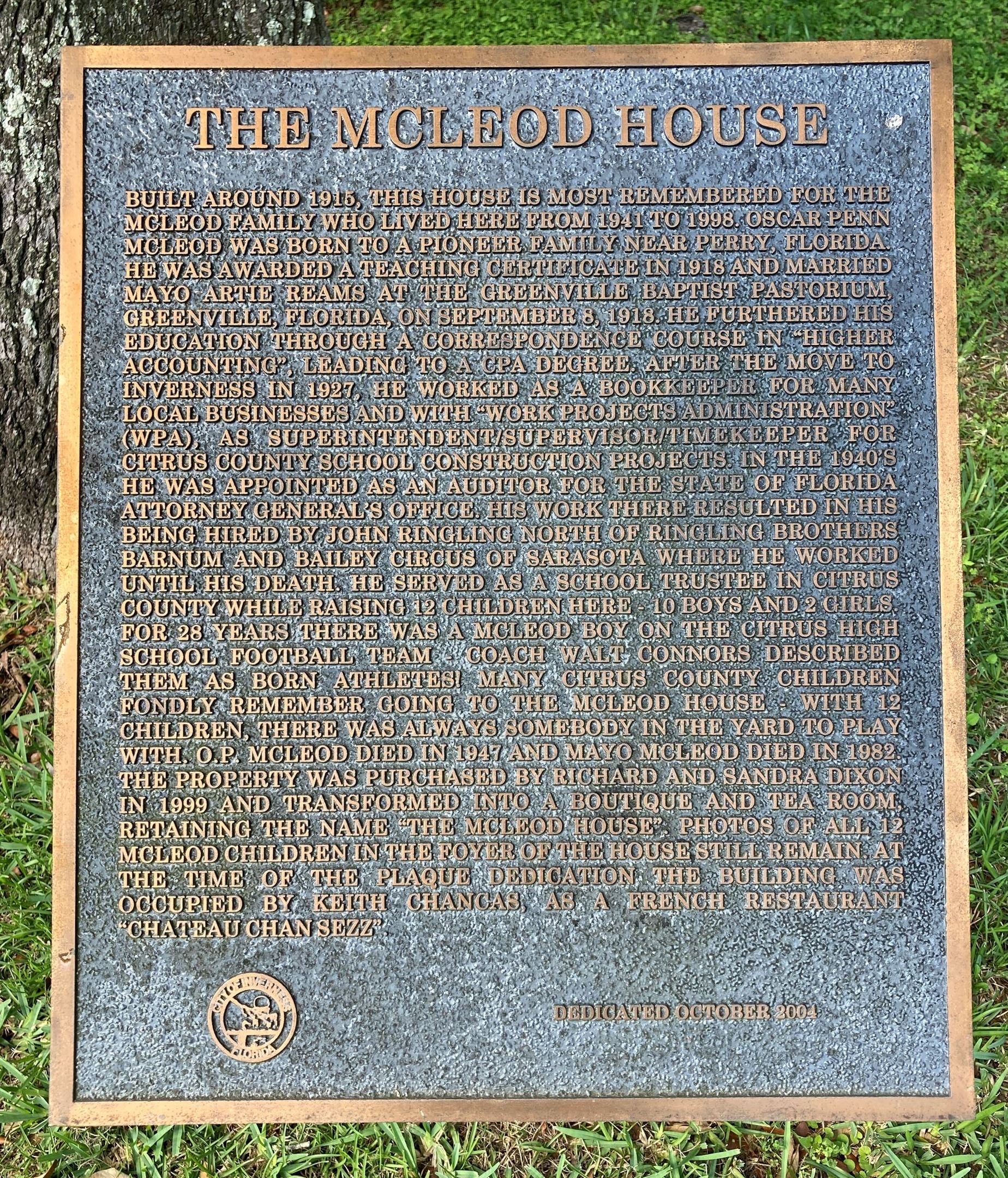 O.P. McLeod died in 1947 and Mayo McLeod died in 1982. The property was purchased by Richard and Sandra Dixon in 1999 and transformed it into a boutique and tearoom, retaining the name "The McLeod House". Photos of all 12 McLeod children can be viewed in the foyer of the house. Since it's dedication in October 2004, the building has housed interesting restaurant fare.