On Thursday November 20, 2008, Coach's Pub and Eatery, located at 114 W. Main Street in downtown Inverness, was inducted into the City of Inverness Historic Plaque Program. Starting out as the Citizen's Bank, after the depression it became a local drug store. Vann's Drug Store, Bacon's Drug Store, Lanier's Drug Store, Culpepper's Drug Store, Bennett's Drug Store, Marshall's Drug Store were all occupants of this building at one time or another. As a drug store with a soda fountain, for many years it was the place to buy an ice cream sundae or a Coca-Cola. 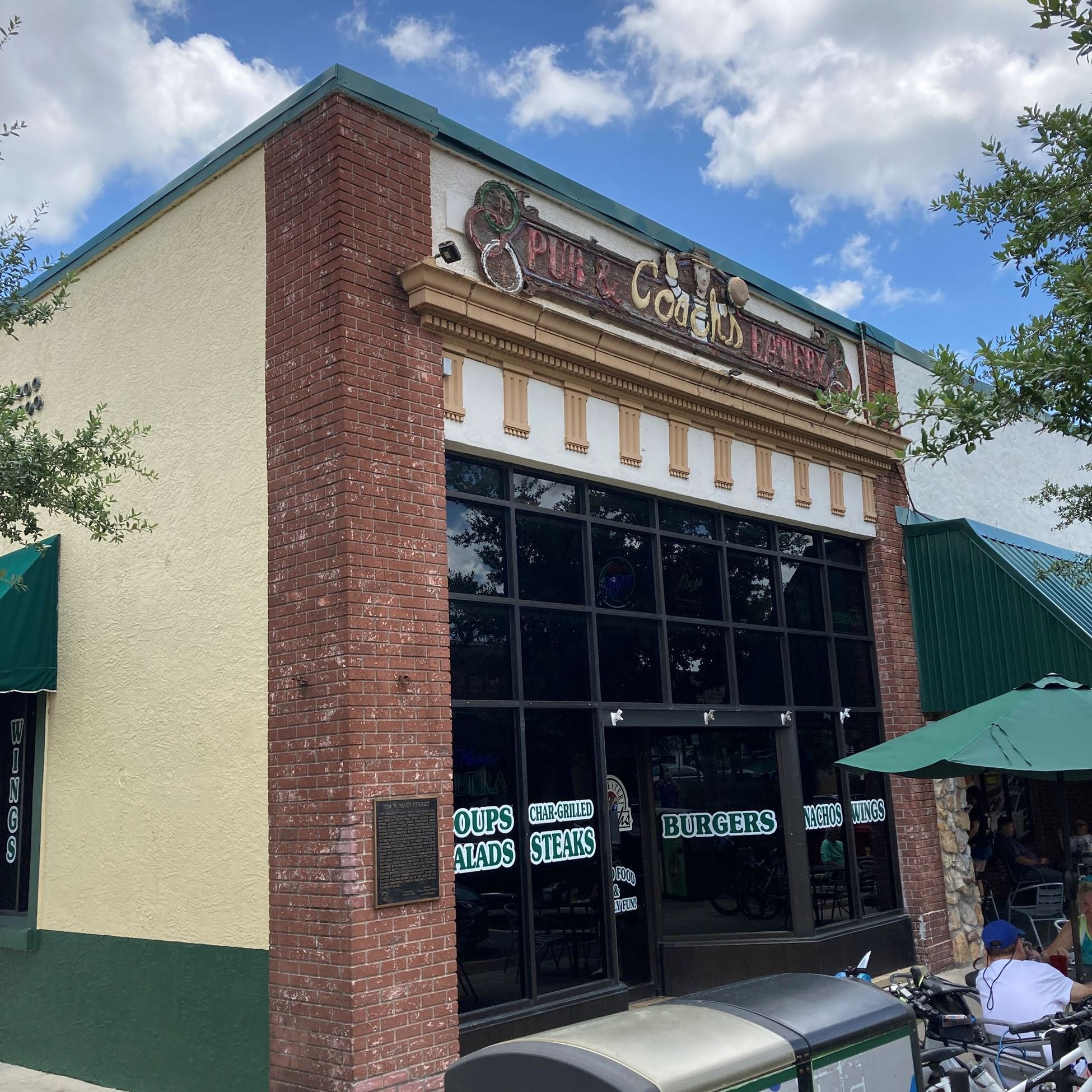 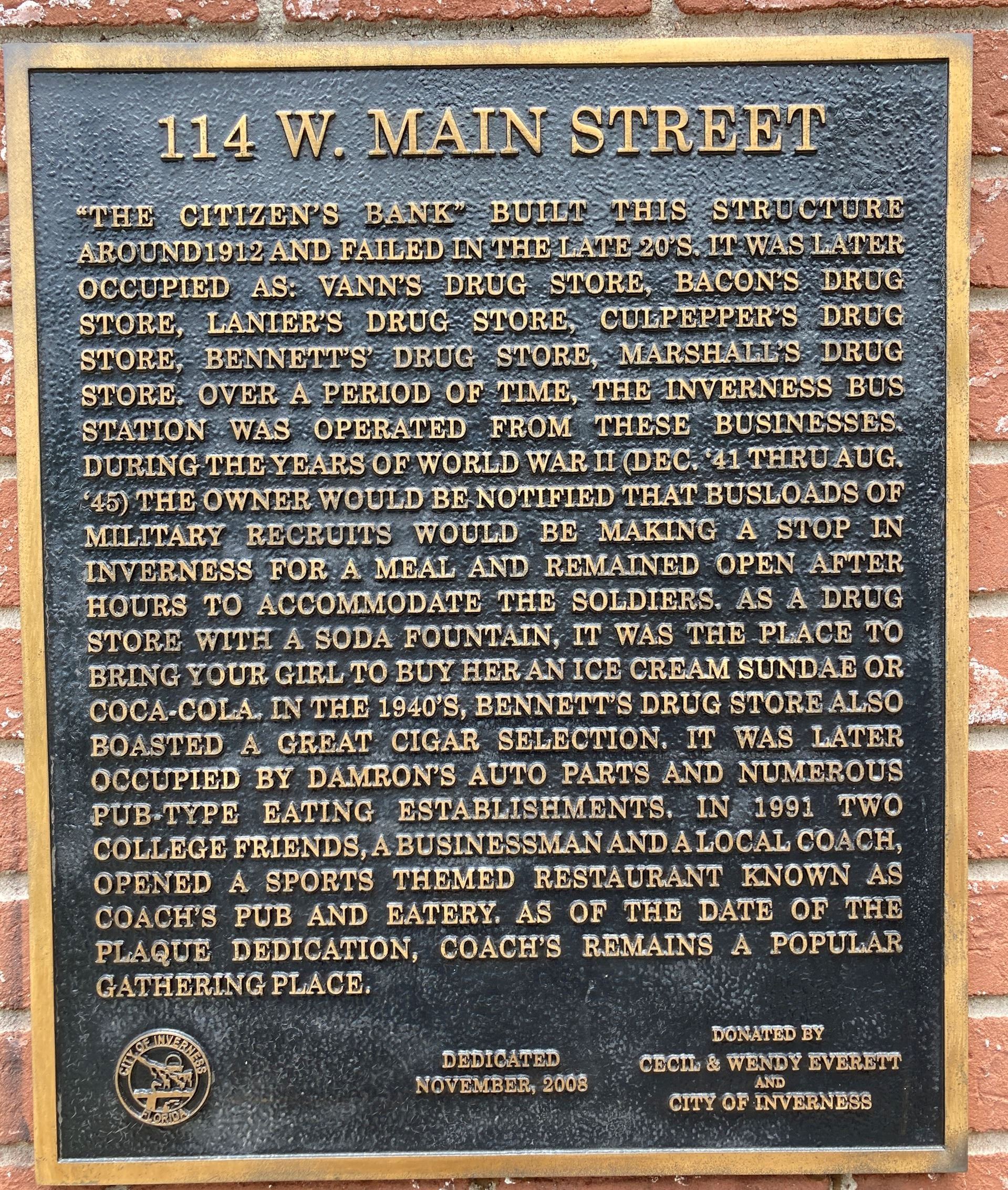 For a period of time, the Inverness bus station was operated from this location. During the years of World War II (December 1941 through August 1945), the store owners would be notified that one, two, or even three bus loads of military recruits would be making a stop in Inverness for a meal, before continuing on to boot camp. In the 1940's, Bennett's Drug Store also boasted a great cigar selection. It was later occupied by Damron's Auto Parts and numerous pub-style restaurants.