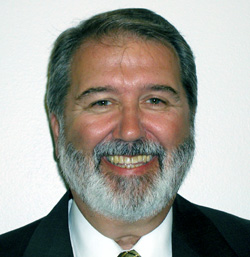 Comfortable and confident in being called simply "Mayor Bob", it all began in New Hampshire, where he was born. After serving in the United States Navy, he settled in Florida. Before moving to Inverness in 1990, Mayor Bob lived in Tampa where he raised his son. Starting with his youth and continuing throughout his adult life, Mayor Bob has traveled the world. The experiences provide him with interesting stories and insight that he enjoys relating to others.

After selling his successful rental business, Mayor Bob moved to Inverness where he married and, with his wife, raised two daughters. He was elected to City Council in 1999 and elected Mayor in 2004, now serving his third term.

Very active in his official capacity as Mayor, he is also highly involved in his church, First Baptist of Inverness, as well as many non-profit charitable organizations. You are sure to see "Mayor Bob" around town. Say "Hello"! He's never too busy to share a smile and a big Hello in return.

Dave grew up in Clearwater, having moved from Wildicroft, MD at the age of eight. He is married to his wife Marlene of 27 years, has three children and six grandchildren. He served honorably in the United States Navy from September 1974 to January 1995. Upon discharge from the Navy, he was employed by E-Systems in St. Petersburg, FL. While employed by E-Systems, he started three businesses, two under the auspices of Datone Corporation, in residential painting and an upholstery shop, receiving contracts from the United States Air Force at MacDill, AFB, Tampa, FL. He sold/resolved these businesses and started Roma Deli, in Clearwater, FL., running it for seven years.

Dave has resided in Inverness since 2005 and was appointed as Councilmember in September 2013, due to resignation of the Councilwoman Marti Consuegra. He has love for our community and before taking office as councilman, served on the Code Enforcement Board and the Citizen Advisory Council. 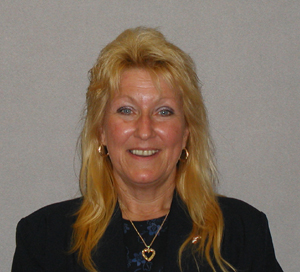 Jacquie was born in Mount Kisco, NY. She was raised and has lived in the City of Inverness for over 45 years. She attended elementary school in the two story brick building that is now part of Citrus Memorial Health System, and graduated from Citrus High School in 1969. She is married to Kevin, has two grown daughters, Alison & Autumn, and 3 grandsons. Jacquie owned and operated Cat's Meow florist, and then was employed by Citrus Memorial Hospital as a Customer Service Representative. She now works at another florist in Inverness where she loves designing and frequently helps out where her artistic talents are sought.

Jacquie was first elected to City Council in 1997 and served until 2005. She was re-elected in November 2008. As a prior City Council Member, she is no stranger to many of the regional and state affiliations that committee members represent. Jacquie is happy to once again have the chance to serve the city she's grown to love. 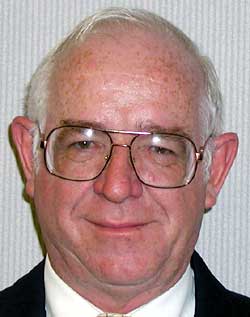 Ken Hinkle has resided in Inverness since 1965 during which time he and his wife Martha, raised their son Timothy and daughter Christina. Ken graduated Citrus High School in 1968 and graduated from Central Florida Community College in 1970 with an A.S. Degree. He continued his studies and in 1984 completed an AA degree in Business Administration. He has accumulated over 17 years in the medical field by working 9 years as an Ultrasound Consultant for Citrus Cardiology Consultants and Dr. Mueller, and now with Florida Heart & Vascular in Leesburg with Dr. Abadier.

Ken was elected as City Councilman in November 2006 and re-elected in November 2010. He currently serves as representative on the Withlacoochee Regional Planning Council (WRPC). His community involvement includes Deacon and past member of the Personnel Committee at First Baptist Church of Inverness, Chairman of the Construction Committee for Main Street Baptist Church of Inverness, past member of the Board of Directors for Inverness Little League, past Treasurer for Citrus High School Band Boosters and past member of the Enhancement Council for Citrus High School. 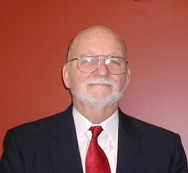 Born in Gary, Indiana, Cabot didn't remain a Hoosier for long. His father being a Navy pilot required the family to move where and when Uncle Sam needed him. Cabot's first taste of the Sunshine State was in 1958, attending elementary school in Miami. Upon graduation from high school in 1965, he opted to serve in the Air Force for almost 4 years. With the aid of the GI bill and part time jobs, Cabot put himself through college and obtained a Bachelor of Arts in Psychology from Florida State University (FSU) in 1973. Not stopping there, he pursued and completed a Masters Degree in Social Work from FSU in 1976. To no ones surprise, he remains an avid Seminole fan.

In 1975, Cabot married Judi, and in the 1980's increased their family size to four, with the births of Joshua and Ryan. Their sons followed the example of father and grandfather alike, enlisting in the military service. Both Joshua and Ryan have served Tours of Duty in Iraq.

Cabot's entire professional career has been associated with helping people with developmental disabilities. For over 25 years he was employed with the Key Training Center, retiring in July, 2008. His concept of retirement is far from the definition as he is currently Chairman of the Board of Directors for the Isaiah Foundation, a non-profit organization that provides respite care to families of developmentally delayed children and adults. He is actively involved in the First Baptist Church of Inverness teaching Sunday School, and continues to work with the State of Florida's Agency for Persons with Disabilities.

In his spare time, Cabot enjoys working out at the gym and keeping up with sports and politics on all levels. Cabot was elected as City Councilman in November 2008.

A 1976 Citrus High School graduate, Linda has made Inverness home since 1970. Married to Joe, they have one grown daughter, Janet. While this would appear a small family, Linda and Joe enjoy having several generations of relatives living in the area.

Linda has owned and managed Landmark Realty since opening the office in 1986. Real estate is a natural fit for Linda, as she and Joe have always appreciated the beauty of the lakes and other natural resources the City has to offer. It is effortless for Linda to share and point out those same positive aspects to potential new residents to the area.

While this will be Linda's first term as a member of City Council since being elected as Councilwoman in November 2010, she is no stranger to government. She has served on many committees and boards at both local and state levels, most recently the Inverness Community Redevelopment Agency and the Inverness Architectural/ Review Committee since May, 1992. Linda looks forward to serving Inverness residents and being an integral part of the city she has called home for 40 years.
Report a Concern
Stay Notified
Online Bill Pay
Calendar
[]