Reportedly, the land at 109 Courthouse Square was purchased by W.S. Warnock, founder of the Citrus County Chronicle and George Demuro, Clerk of the Court, in 1908. The building was constructed and operated by City Savings Bank in 1910. Edward Sasser ran a dry goods store here in the 1930's, and first served as a City Councilman in 1918 and again from 1935-1951.

West & Reaves Lumber Co. purchased the building in 1920, and operated it as a commissary for the lumber mill across the street, in the vicinity of what is currently N. Apopka Ave. The building was then purchased by Wilson Plumbing in 1936, and sold in 1939 in a tax deed sale for $17.26. G.W. and M.C. Scofield, attorneys at law, occupied the building from 1945-1952. The Citrus Co. Chronicle occupied the building during the late 1950's. 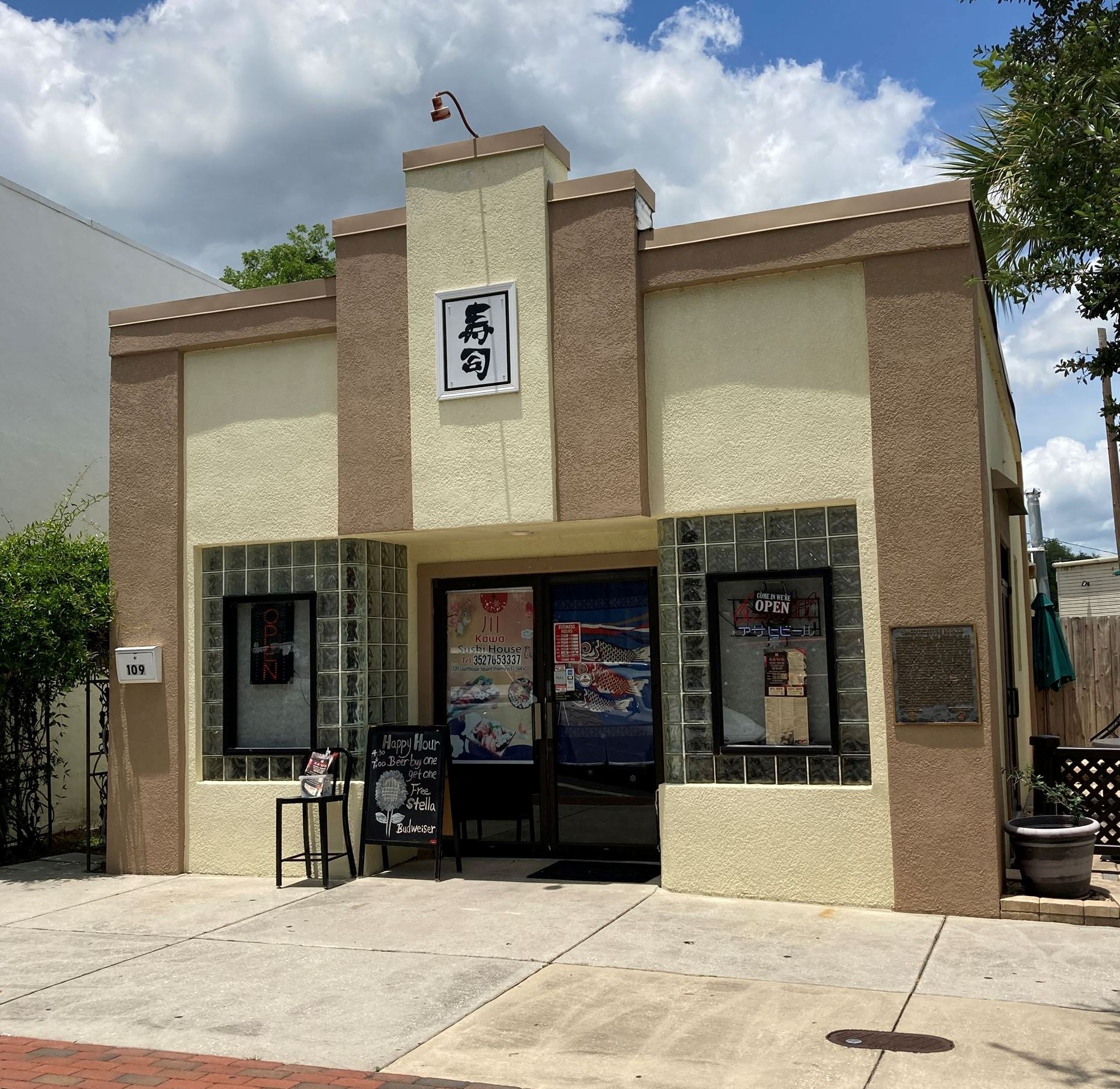 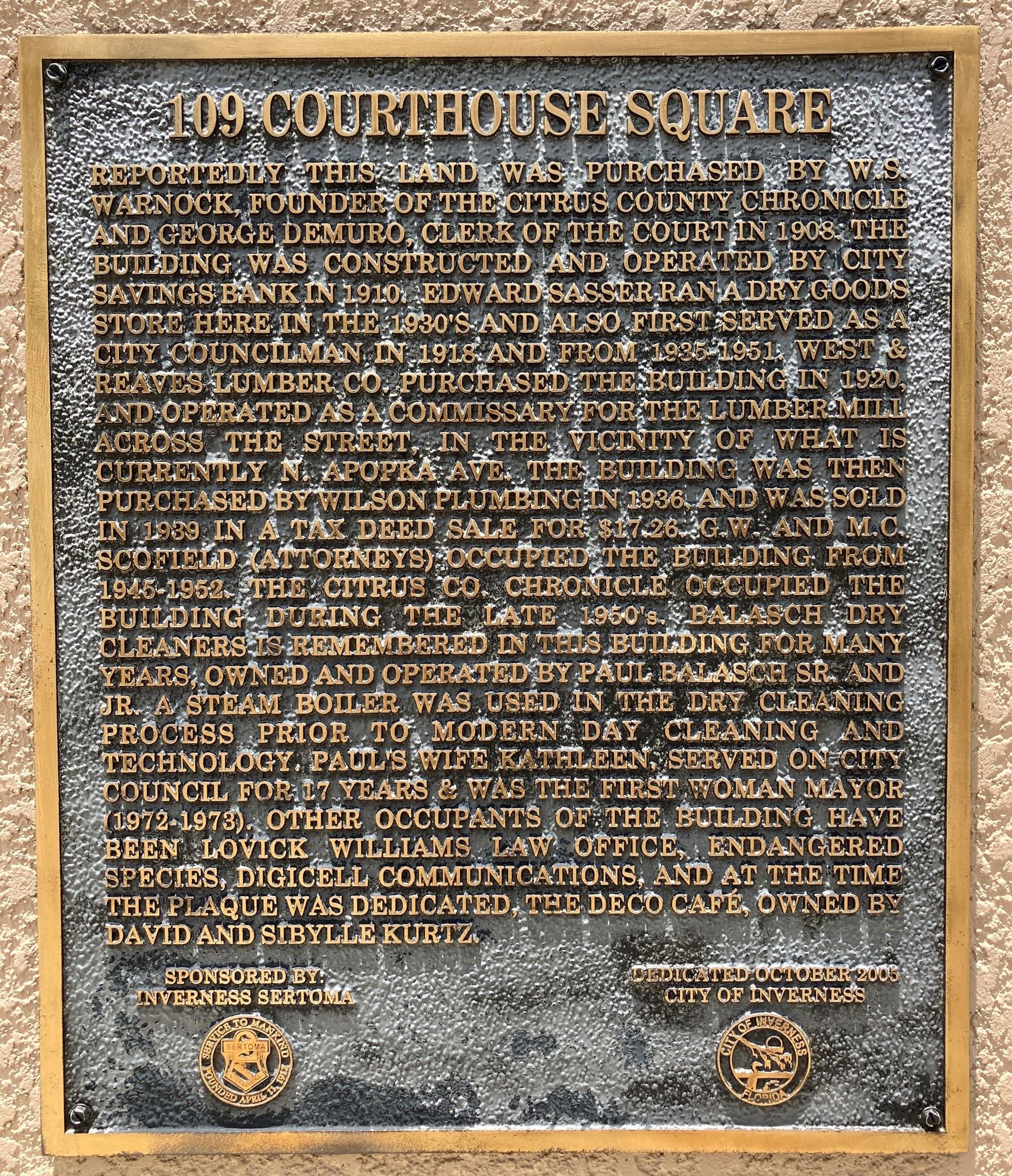 Balasch Dry Cleaners is remembered in this building for many years, owned and operated by both Paul Balasch, Sr. and Paul Balasch, Jr. A steam boiler was used in the dry cleaning process prior to modern day cleaning and technology. Paul's wife Kathleen, served on City Council for 17 years and was the first woman Mayor from 1972-1973. Dr. Jackson Straub and his wife Roseann occupied the building from 1983 - 1993. They owned and operated Endangered Species Antiques and Collectibles that was successful for many years. Other occupants of the building include Lovick Williams Law Office and DigiCell Communications.